Let’s take a look back at what was notable in news, internet, and other shenanigans for the week of:

Burning Down The House

At the top of the list is the Baltimore Riots. What better way to show injustice over police violence then to violently destroy your city so more police can be present.

What started as a peaceful protest over the death of Freddie Gray, a perfectly healthy black man…healthy that is before the police take him into custody. In the Baltimore police’s care he mysteriously ends up dead of spinal injuries. Not the police’s fault. It happens. Prisoners often get the flu, the shin splints,  allergies, spinal injuries.

The peaceful protest soon turns the city into a place of chaos and violence…because as everyone knows, nothing says “justice” like looting band aids and butt creme from CVS…

then crashing a stolen car into it…

and finally setting the whole building on fire.

One shining star of the catastrophe was this Baltimore Mother who caught and beat her son while he was wearing his best black riot hoodie on his way to loot some vapor cigarettes.

The National Guard was dusted off and sent out to help control the situation. Also several celebrities did their part by filming themselves in their mansions far from the riots pleading the Baltimordians to stop the looting and rioting.

If your going to protest, instead of burning your city to the ground there is always the one tried and true way to show your displeasure. It get’s your point across, it’s non-violent, and it stands the test of time:

Mirror In The Bathroom

There is a bar in Chicago that goes by the name of Cigar And Stripes, where everyone knows your name, and if you’re a woman…then quite possibly everyone knows your whoo whoo as well. Stand-up comic Tamale Rocks…yes, that’s her  name…discovered a two way mirror in the women’s bathroom facing the toilet. Disgusted and violated, she uploaded a video of the bar’s secret pee pee viewing area/janitor’s closet.

What’s even more fascinating about this story, is that the bar owner is not apologizing for the mirror. Also, many of the patrons are coming to the defense of the bar because the wings are so gosh darn good. So basically the bar owner and the patrons, in a very subtle way, told the comedian to piss off.

Just in case you are now paranoid over two way mirrors in public restrooms: 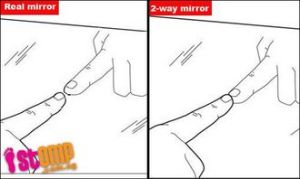 When Beer Points Out The Obvious

Budweiser got slammed in the news this week for something other than making a crappy beer. Their new Ad campaign reads:

And while we are sure Budweiser was not prompting rape, a lot of confused people were not.  They called for the slogan to be changed.

“The Perfect Beer For When You Can’t Afford Good Beer”

“The Perfect Beer For When You Have To Use The Woman’s Bathroom At Cigar and Stripes And You’re Feeling A Little Gun Shy.”

A school system in Tennessee decided it was OK to serve six year old pork to the children attending. More gravy was the executive decision to hide  any freezer burnt tastes.

Hopefully the gravy was made fresh…like at least three years ago fresh.

School officials are planning on putting tighter inspections into play which may ruin Brontosaurs Burger Wednesdays.

Stripped Of The Ratings

Venezuelan sports reporter Yuvi Pallares, reporting on rumors about soccer star Cristiano Ronaldo, decided to strip off all her clothes in order to capture American audience’s attention to the boring soccer story….

Audience feedback over the stunt was quoted as,

and “Shhhhh! I’m trying to watch this again!”

Microsoft put together a web site where you upload a photo to it and it will guess your age.

Although not always accurate, it’s fun to see the results: 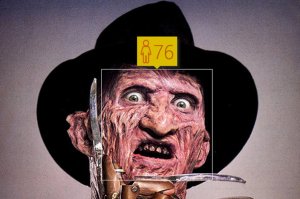 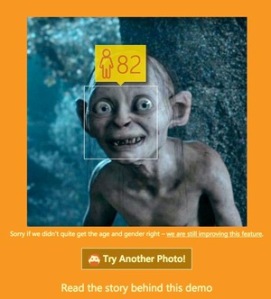 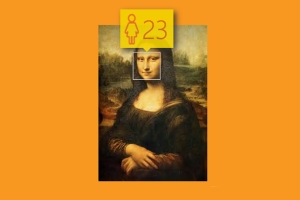 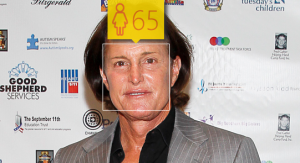 News From The Office

Don’t forget our contest to win One Zero One, The Card Game!

BrainRants becomes school teacher with his post, The End of The World Tastes Like Mac N Cheese