America’s favorite beer-battered stuffed animal is back in theaters soon, which will be Seth MacFarlane’s second big-screen crack at animating a character that doesn’t sound exactly like Peter Griffin.

The first installment of the series added Ted’s name to a growing list of other famous character bears including:  Fozzie, Winnie, Teddy, Smokey, Yogi, and one of these names is not like the other.

The plot of the trailer is kind of complicated, but basically, Ted gets married and wants to make a baby. Unfortunately, and for the sake of the trailer plot, and because stuffed bears statistically have a lower sperm count than standard bears, Ted must convince Mark Wahlberg to donate a dollop of his juice.  Since Marky’s already good at taking off his pants in public he agrees to help save Ted.  However, at the end of the scene, Mr. Good Samaritan gets bukkaked by a roller rack of semen samples. 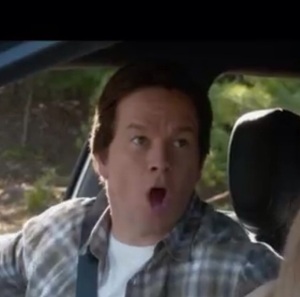 Ted:  You ever seen any movie ever?  He’s the black guy.

The Ted 2 trailer ends with an impressionistic poster of the bear without a face and his hands behind his back.  Either that, or it’s a picture of Ted with his back to the viewer engaging in a lewd act – probably something like filling in the straight-ticket Democratic Party box on his ballot sheet.

The movie is scheduled to launch this summer providing it is not considered an act of war by any foreign communist dictator fucks.