The world is divided up into two categories: Animal Lovers and Animal Haters.

The Animal Lovers enjoy all sorts of living creatures.

[Rants: someone is way too in touch with the furry lifestyle… I’m checking staff backgrounds now… ]

The Animal Haters, on the other hand, enjoy pointing out to the Animal Lovers that their house smells, lawns are made for grooming, not pooping, and beef is delicious.

One thing everyone can agree on, is the Animal Kingdom’s push against Man to take over the internet. They will not be satisfied until they do. You can’t surf Google, Facebook, or Reddit without coming across some sort of mention of, meme of, or animated gif of, an animal being cute, silly, or deadly fascinating.

This must be stopped.

FYI: We believe Grumpy Cat is their leader.

Rants in an alternate life

Calahan – Knowing that his love for Doris was unrequited and technically illegal, Mittens decided to jump rather than witness his soulmate marry another.

Chris – A scene from the new reality show: Catzillas of Bridezillas.

Ad-libbed – The moment he was airborne, Mr. Fiddles realized that he had jumped far too early in his attempt to catch the wedding bouquet.

Omawarisan – That was the day we realized that Marty Feldman had been reincarnated.

Calahan – “This is Alex Ostridge reporting to you live where this guy said, and I quote, ‘Duhhhh. Llama. Hee hee.’ ”

Rants – Wait… fuck the ostrich… WHY FOR THE LOVE OF GOD IS THE LLAMA BITING HER NIPPLE?  AND SHE’S SMILING!  Sorry, Blue Tee Shirt guy, you just got pwned by a llama.

Ned – In this scene from The Sixth Sense II, young Timmy reveals to his therapist that he often sees dead animals.

Omawarisan – When the twins arrived, the family reunion was complete.

Calahan – Once again, another photograph was ruined by Leonard, Seaworld’s only hippo that insists on doing racist impressions of Japanese stereotypes.

Rants – ‘Honey, check out this photo where I was posing and this ugly fucking creature pressed up against the glass.  It was wrapped up in all kinds of material, and it was dry!’

Ned – The last photograph of a Jack, moments before that tiny fracture in the glass everyone had been ignoring finally gave way…

Ad-libbed – With only two people in the police line-up, Gary suddenly became very concerned he would be wrongfully accused of the recent rash of lettuce theft from the aquarium.

Calahan – Nutsy knew the golden rule: Always get close enough to turn the camera off, then devour the tourists.

Ned – I said WAIT, Mabel! Those f@#%ing idiots are still behind me!

Ad-libbed – Samuel the photogenic squirrel was fast reaching his breaking point. “No, I said you need to adjust the aperture, not the shutter speed. No…that’s the ISO setting. Dammit, do I have to come over there myself?”

Omawarisan – AFLAC announces the most effortless way yet to pay your insurance premiums.

Calahan – In that moment, Ellen learned that she was allergic to down. An hour later, she learned she was $5 short of purchasing a much needed anti-histamine.

Rants – “Hey, baby, here’s something I don’t need under my wing.  Let’s say I’m grateful and want to show you how much, duck-style.”

Ned – Though she insisted the triplets weren’t his, Duckworth knew better and contributed as best he could when she wasn’t looking.

Ad-libbed – After being kicked out of dental school, Arnold was forced to resort to any means necessary to feed his growing addiction to quack cocaine. 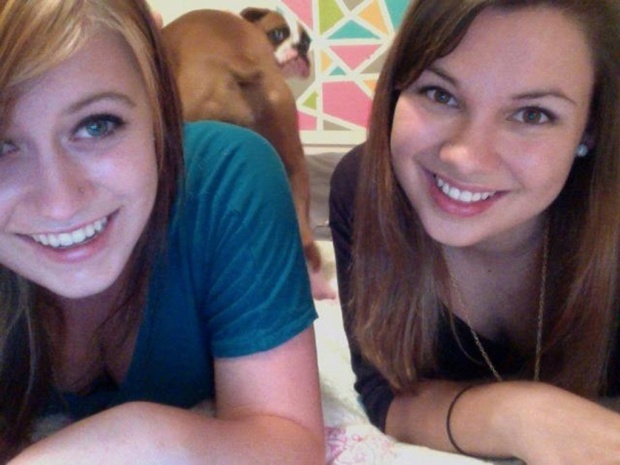 Calahan – Try as they might, neither Carrie nor Amber could never come to terms with the fact they were often upstaged by a dog’s butt.

Rants – You never know how or when the cry for help will come.  Help end pet sodomy.

Ned – “Hold  on, girls. Let me show you what REALLY makes the boys come to the yard…”

Ad-libbed – Although the girls did all they could to make him feel welcome, every day during “selfie hour” Barkley knew, deep down, that he really wasn’t part of the clique.