In a shocking confession that rocked the pop culture world, Shailene Woodley, star of the blockbuster film Divergent, revealed that she has suffered from a severe form of bodily disfigurement since childhood. The condition manifests with what many consider to be grotesque physical symptoms that include a slender physique, elongated limbs and a generous mane of hair.

“My whole life I’ve been so self-conscious about being skinny… My only real insecurities in high school were having such long legs and thick hair,” the actress revealed in an interview with Marie Claire last month.

Affecting roughly .000001 percent of American females, the clinical name for this rare and alarming disorder is everyonewannapokemetosis, but is more commonly known as SMS, or “supermodel syndrome.”

The photos below depict individuals afflicted with SMS. Please note, these images are disturbing in nature and may not be suitable for young readers. 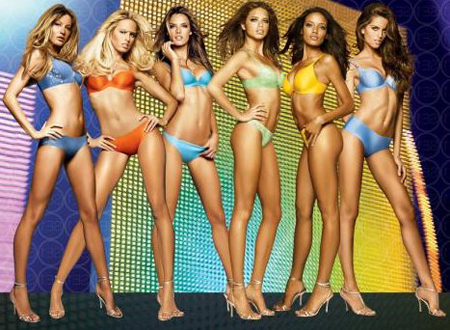 The staff at Long Awkward Pause salutes Woodley’s heroic display of courage in coming out about this heinous disease. We caught up with the young star at Pink’s Hot Dogs in Los Angeles to learn more about her struggles with SMS.

LAP: You mentioned being insecure in high school because of your deformity. Were you bullied as a teen?

SW: I was, especially by the boys. They called me a “hot piece of ass.” Can you imagine? Being likened to a butthole? My self-esteem was in the toilet. I received 42 invitations to prom. I realize I look like I’ve been beaten with an ugly stick, but I’m no idiot. I know they had some Carrie-like prank planned and I’d wind up covered in pig semen. Oh, and the dick pics were nonstop. It was cruel.

LAP: Wow, how did you deal with all of that?

SW: I remember praying every night, asking the Universe to end this curse. Every morning, I wished that I would magically wake up with short, stubby legs and a scorching case of alopecia. I plastered my vision board with photos of Verne Troyer.

LAP: But it never happened.

SW: No. (Looks down and sighs.) So I tried to take matters into my own hands. I ate everything I could fit into my mouth – nachos, pizza, Ding Dongs, deep-fried bacon-covered ice cream sandwiches – anything that might give me the round beach ball figure I felt I deserved! But no matter how much I ate, I simply couldn’t gain a pound.

SW: But then I turned to activism. I started a campaign at my high school to raise awareness to so others would understand the torment SMS sufferers endure. Oddly enough, no one seemed sympathetic to the cause. Except this girl in my gym class, Beatrice. She must’ve felt sorry for me because she’d carry my books for me and buy my lunch all the time. We’d have sleepovers to try and brainstorm ways to raise money for SMS, but things got weird when I walked in on her sniffing my pillow with her pants down.

That’s when I channeled my pain into acting. I thought maybe Hollywood would look past my gross physical defects, like they did with that Elephant Man guy.

SW: Whatever! Much to my surprise, they totally embraced me. A lot of people think Hollywood is shallow, but they actually didn’t seem to mind my SMS at all! I think they realized it gives me “character.”

SW: You know, I have good days and bad days. On the good days, I tell myself I am smart and kind and have many gifts! But on the bad days, I obsess over how I could just free myself of these neverending legs and long, lush locks. It was on one of these bad days that I cut off all my hair. Even though I’ve mostly come to terms with my disorder, there are still some days I just don’t want to look like a mongoloid anymore.

LAP: Are there other famous people with SMS?

SW: Yes, let’s see. There’s Christie Brinkley, Giselle Bündchen, all of the Disney princesses. These brave women paved the way for people like me.

LAP: Do you realize there are certain celebrities, including Leonardo DiCaprio, Adam Levine and Johnny Depp, who only date women with SMS?

SW: Yes, and they give me hope for humankind. These sensitive souls are shining examples of real men who look beyond the physical and see only inner beauty.

LAP: Do you have any parting words of advice for others who may be suffering?

SW: Just remember there is always someone less fortunate than you. I remind myself daily that even with all my physical flaws, I know that things could’ve been much worse. I could’ve had big boobs, too.

I am a single girl dating in Los Angeles. Sometimes. It's interesting.